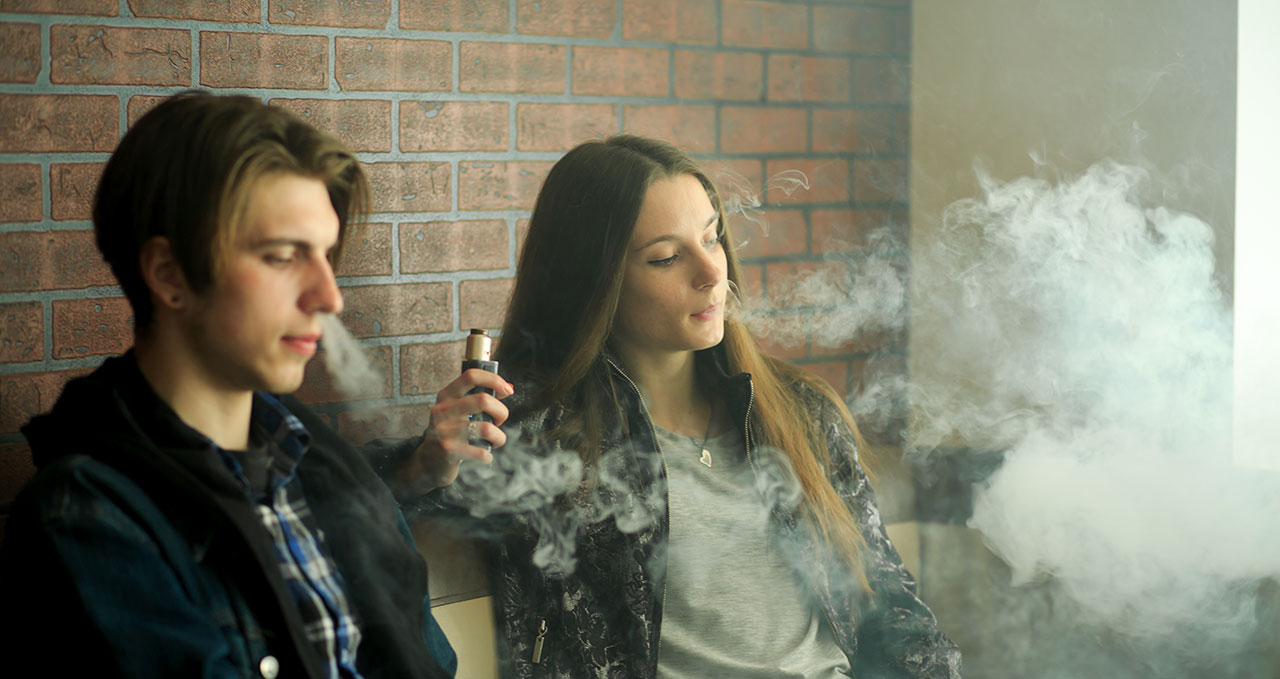 E-cigarette use, commonly known as vaping, gained rapid popularity after hitting the US market in 2007. Vaping was originally believed to provide a safe alternative to cigarettes and a new way to overcome nicotine addiction. But with increased popularity, there has come increased concern about benefits and safety of vaping.

A vaporizer is a hand-held device that uses a heating coil to create a vapor that is inhaled by the user. The liquid, or “juice,” used to create the vapor typically contains nicotine along with propylene glycol, glycerin, and flavorings. The liquid can be modified by include cannabis, CBD oil or other additives. Vaporizers are available in different forms, including e-cigarettes, vape pens and e-hookahs.

How popular is vaping? The annual Monitoring the Future survey, funded by the University of Michigan, found that more than 25% of high school seniors have vaped in the past month, and more than 40% of these students have tried vaping at least once. (1). The survey reported that in 2015, e-cigarette use surpassed the use of tobacco cigarettes (2).

There has been growing concerns about the safety of vaping. In the past year, a number of vaping-related deaths and injuries came to light. The Centers for Disease Control and Prevention (CDC) found that as of December 2019, vaping has been directly related to 54 deaths and over 2000 severe lung injuries in the United States (3).

Most of these cases affected people who have modified their vaping devices or have used black-market liquids. Of particular concern are vaping products that contain tetrahydrocannabinol (THC), one of the intoxicating chemicals in cannabis. The CDC identified vitamin E acetate as a possible culprit in these injuries. Vitamin E acetate is a thickening agent used in THC vaping products, and it was found in the lung fluid of many of the people who died or were injured. The CDC currently recommends that people avoid vaping products that contain THC or products that come from uncertain sources, such as friends or online dealers.

Even though vaping appears to have fewer dangerous chemicals than cigarettes, when used as recommended, much is still not known about vaping, including the full range of chemicals created by the vaporizing process, and the impact of long-term use. Nicotine is a highly addictive substance regardless of the source, and vaping nicotine appears to be just as addicting as smoking it. There is not yet evidence that vaping is an effective or safe way to kick a cigarette habit.

Humans are the most experience dependent species that has ever existed on the planet.