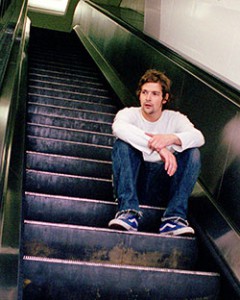 With Robin Williams’ sudden passing this week, many people were left shocked and heartbroken that this beloved comedian had quietly suffered from depression for so long. However, depression and suicide affects many Americans each year- especially emerging adults.

In 2012, it was estimated that 6.9% of all U.S. adults aged 18 or older suffered from at least one major depressive episode per year, making it one of the most common mental disorders in the United States, and in 2010, suicide was the tenth leading cause of death for all ages. Among emerging adults between the ages of 10 and 24, suicide is the third leading cause of death. Among all suicides, depression is the leading cause.

When a celebrity commits suicide, many people react with surprise or disbelief; however, emerging adults coping with depression may have more extreme reactions. Studies have shown that detailed, high-profile media coverage of celebrity suicides may have a role in creating suicide clusters (or “contagions”) among emerging adults. Reports also show higher rates of “copycat” suicides in those similar to the celebrity in race, age, and gender; the method of committing suicide also tends to imitate that used by the celebrity.

For example, during the month of Marilyn Monroe’s suicide in August of 1962, the suicide rate increased by 12%, the largest reported copycat effect. Generally, widespread national news stories increase the national suicide rate by 2.51% in the month of media coverage. The reason behind this increase may be because such well-known people may spark identification within others, leading to a thought process of “If this celebrity cannot endure life, why should I?”

To emerging adults, suicide feels like a very personal and intense situation that no one else can understand; in reality, depression affects many people of all walks of life, and it’s a struggle that can be treated.

If you’re having suicidal thoughts or are suffering from depression, there is help available to you. You can call the National Suicide Prevention Lifeline at 1-800-273-8255, or reach out to your campus counseling and psychological services, or to a trusted adult. You can also contact Yellowbrick in Evanston, Illinois for a completely confidential response from our assessment center.

You don’t have to suffer alone- there is help out there for you.

Young adult brain and mental health: A scientific look at the mind-body connection