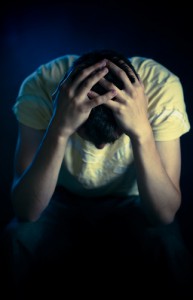 Emerging adult men need help sorting through emotions after experiencing trauma, whether they will admit to it or not. By learning about the symptoms young men exhibit after a traumatic event and the personal struggles involved in moving forward, parents will be able to identify if the healing process would be complimented by seeking professional support.

Trauma and its impacts

Trauma can be defined as an occurrence, or series of events, in which the integrity of life is threatened.  Trauma may involve dangers to physical or emotional health, and may leave a lasting impact on its victim. Examples of trauma include acts of violence, like sexual assault or physical attack, or involvement in a life-changing event, like a serious accident or natural disaster.

The emotional and psychological strain of trauma may result in Acute Stress Syndrome, a relatively short-term effect.  Sometimes the impact of trauma lasts much longer, resulting with the onset of Posttraumatic Stress Disorder (PTSD).

For those suffering PTSD, details of the disturbance play out in vivid nightmares and conscious flashbacks, warping the mind to the point of mentally experiencing the trauma again. Often, victims of trauma avoid triggers, like seeing the people or places involved in trauma, to the point of disrupted normal functioning. Additional symptoms of PTSD include the diminished ability to show emotion, to the point of emotional numbing, and becoming hypervigilant, or continuously staying on-guard as if trauma will strike again.

Young men do not seek support after suffering trauma for a number of reasons.

Reaching out to offer help

Young men may delay  taking steps to process the impacts of trauma, and sometimes never seek the help they truly need.  However, with an open support system and guidance toward seeking supportive resources, young men may have a positive outcome in moving forward. Recognize the symptoms of PTSD and understand that personal complications prevent young men in seeking help post-trauma. Be willing to reach out, to offer resources, and to sensitively approach emerging young men who have suffered a traumatic event. Research and encourage participation in a program, like the Trauma Treatment and Recovery Program at Yellowbrick, which specialize in supporting emerging adults through the act of emotional healing.

My Emerging Adult Was Fired From A Job, How Can I Help As A Parent?

Why Should We Understand the Brain and Not Just the Mind for Successful Psychiatric Treatment?