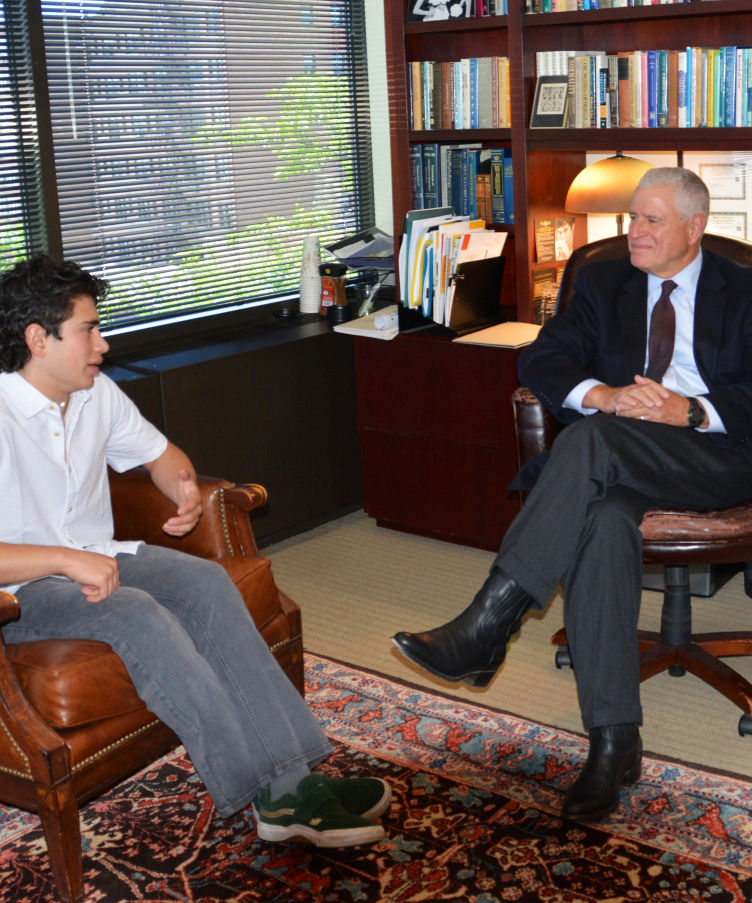 Jeffrey Jensen Arnett: What kinds of problems do you treat in the Yellowbrick program?

Dr. Jesse Viner: We see a broad spectrum of psychiatric and developmental difficulties here. What everyone shares in common is that they’re all in emerging adulthood, ages 18-30, and the other thing is that they’ve all experienced a serious discontinuity in their development due to psychiatric problems. That’s what we really focus on. We address the specific problem, anxiety to anorexia, but also the disruption in their development. We try to help them get back on track in education, work, and relationships.

JJA : What are some of the distinct challenges of the emerging adult life stage that might lead to problems?

JV: I think where it starts is that once you move out of the family home and your anchoring community, there’s just an enormous drop off in the architecture of support, and people who are vulnerable begin to experience psychological distress. Depending on the choices they make, they can quickly begin to find themselves in trouble. They may be ill-equipped in their self-development, and they’ve been relying on their families all the time to prop them up, but when they don’t have that they fall apart.

JJA: How is the residential program different than entering a psychiatric hospital?

JV: The residents at Yellowbrick are provided with what we call a naturalistic setting. They live with us and live out who they are, and it allows the underlying impairments to be exposed rather than being masked by the family environment. They have all the challenges and responsibilities that people have in real life, everything from getting up in the morning to going to a job interview, and we’re able to see their successes and difficulties in response to those challenges. The other thing is, we don’t take responsibility for their safety; they do. We don’t follow them around, and we don’t monitor their coming and going. For emerging adults, they won’t engage authentically in relationships where others hold power over them, because it’s a time of life where they are working on becoming autonomous. We believe the way people change is through relationships, and to have genuine relationships you have to have an equal relationship. They can access help in times where they feel they need it, but whether they access it or not is their responsibility. If you never take risks, you never find out who you are.

JJA: To what extent do you involve parents in the treatment of their emerging adults?

JV: We have what we call Family Rounds each week, which are like strategic planning meetings for the treatment. We don’t speak for emerging adults. They speak for themselves, and we encourage that; in fact, we require it. So much of what has gone awry is that the emerging adults have lost their sense of agency, their belief that they can do things effectively, and we think it really has to come from them and be about them for it to work. Only they can really speak for who they are and what’s going on inside them.

We’re trying to promote what we call connected autonomy, which means we’re trying to establish the relationship between parent and emerging adult where mutually they are able to bring who they are and what they need forward, and the other person is able to say here’s who I am in relationship to that. We try to make the parent-child relationship more equal. If emerging adults have been having mental health problems for a while, parents have taken more power. We promote power-sharing because we believe emerging adults need to have more of a sense of control over their own lives.

What we’re not doing is traditional family therapy, dealing with past family traumas, because we discovered that when parents came in and talked about trauma it was like a hand grenade and knocked all the blocks down. We’ve found it’s best to look forward.

JJA: After the emerging adults leave Yellowbrick, do they typically return to their parent’s home to live? Do you recommend that or not?

JV: No. Maybe 5% do that. A majority either go to an apartment of their own, and we continue to offer services to them as they live there, or they go to a college campus, they’re often capable of that by the time they leave. We think it’s appropriate to have some separation from parents by then while staying connected. Connected autonomy, again, is the goal.

JJA: What are some strengths of the emerging adult stage that you look to enhance in your treatment?

JV: They have a lot of energy! A lot of the people we see have a lot of energy and ability, and they’re very bright, but their emotional problems got in the way. With help, their talents and abilities come out. And they have families that care about them and are deeply invested in them. Another strength is that emerging adults are hungry for attachments, especially with peers but also with adults outside the family. We’re trying to engage that in a way that will have a positive impact on their development.

JJA: Are most of the problems you treat ones that people can leave behind by the end of emerging adulthood, or are they problems people are likely to have to some degree their whole lives?

JV: I think the challenges are lifelong, like self-integration, self-regulation, becoming more competent and skilled at life. These are things we all work on all our lives. But once they turn the corner in this program, they can continue to grow, hopefully for the rest of their lives. They’re much less symptomatic when they leave, but that’s almost not the point. We’ve helped them achieve resilience; they’re fundamentally more sound in their self-development.

The Mental Health Impact of a Gap Year